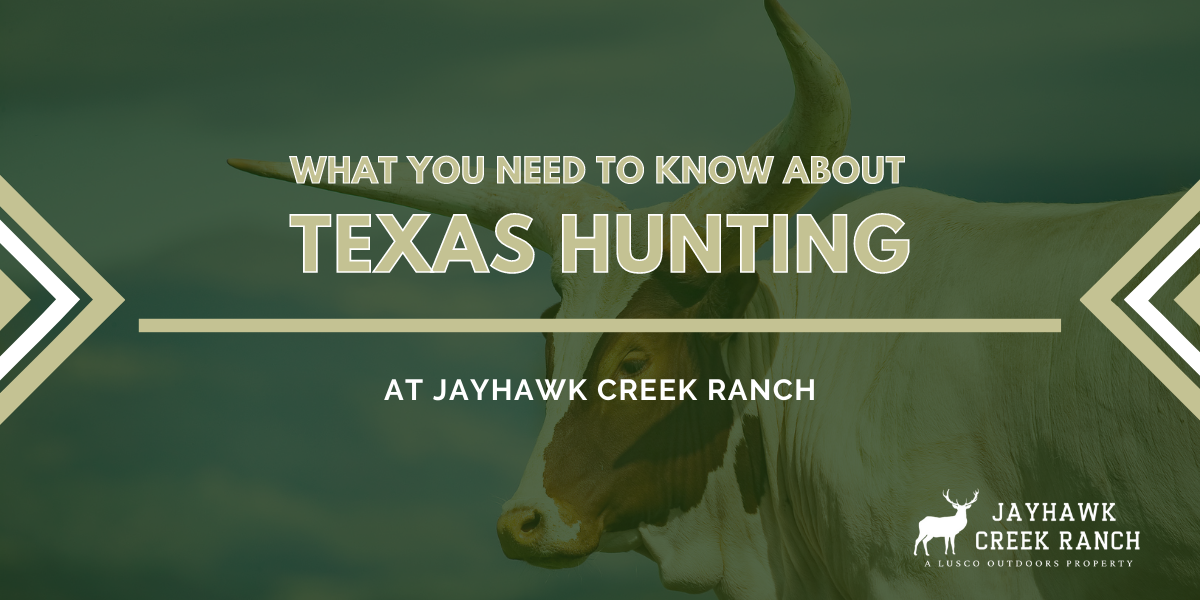 The bigger the better in Texas, and nothing falls short of that statement when it comes to hunting. Texas is known for some of the best Whitetail deer hunting in addition to an array of exotic animals. Read more below to find out some of the best things to know about hunting in the Lone Star state!

There's an opportunity to hunt year round in Texas! Check out some of the common hunting seasons listed below:

Turkey – Spring turkey season begins in March or April, depending on the county, and ends in late April or early May. At Jayhawk Creek, turkey season is in full swing.

Whitetail deer – The general season runs early November through early to mid-January. A few counties have a two-week muzzle loader season in January.

Bow season is in late September through early November. There is also a late antler-less and spike season across a large number of counties in North Texas in early January and in South Texas in late January through early February.

In addition to the above game animals, Texas also has seasons for ducks, geese, pheasants, quail, and other game birds.

It's All About the Game

We've got lots of game to offer here at Jayhawk Creek Ranch. From Exotic Deer hunting and whitetail to several varieties of Birds, Hogs, Buffalo, Zebra, Antelope Species, and so much more. 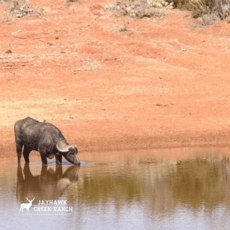 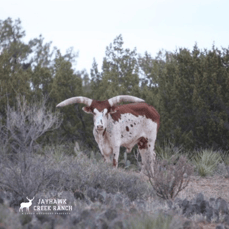 Click to learn more about our pricing and book a hunt today!

Click to specifically see our pricing for Whitetail bucks!

To be considered a resident, you must be a person who has lived in Texas for more than six months before purchasing a hunting license. Active-duty service members who are Texas residents (and their dependents) can purchase a hunting license anywhere.

As a Texas hunter, you can prove your residency by providing three of the following Texas hunter license requirements at the time of purchase.

Without three of those documents, the state will consider you a non-resident, resulting in you having to pay more for your license and stamp endorsements.

Hunting licenses can be purchases at over 1,000 locations throughout the Lone Star state. These locations include discount stores, department stores, grocery stores, sporting good stores, gun shops, and bait and tackle stores.

At Jayhawk Creek Ranch, you can expect quality, variety, and beauty year round. Don't miss out on the hunting experience of a lifetime. Contact us today to book your hunt!

Jayhawk Creek Ranch is a World-class hunting destination for Texas whitetail deer and exotics, an exceptional hunting ranch and lodge in West-central Texas.

Are you ready for hunting season? Have you ever wanted to hunt exotic game, but couldn't get...

Texas Hunting: A Bucket List Item for Every Outdoorsman

Why do hunters flock to Texas to hunt? This region is thriving year round with a variety of animals...